Indian Institute of Management Bodh Gaya hosted the first boot camp of Bihar Startup Yatra, the next edition of Startup India Yatra being organized country wide under the Startup India initiative of Government of India, on 7th December, 2018. Launched on 15th August, 2015 by Hon’ble Prime Minister Shri Narendra Modi, this initiative is based on the three pillars: simplification and simplicity, funding support and incentives and industry-academic partnerships and incubation.

The boot camp was flagged off with an interactive session by Mr. Aakarshan Shetty, Project Manager – Startup India Project where he introduced the Startup India initiative and offered an overview of various steps and challenges related to founding a start-up. He put a lot of emphasis on market research for validation of problem in order to avoid failure of the business idea during later stages of business. Later, he invited Mr. Kaushik Saraf, Co-founder – Cymatic Edutech to share his entrepreneurial journey with the audience and help them understand the nuances of building a start-up. Mr. Saraf discussed the idea and struggle behind establishing and running his start-up that aims at delivering education in real time to far-flung villages of Bihar through technology intervention.

The boot camp ended with an ‘Idea Pitching Session’ where students of IIM Bodh Gaya and participants from other organizations pitched their ideas to the panel of judges and discussed the viability and other related aspects of their business plan with them. Aligned with the vision and commitment of IIM Bodh Gaya to foster entrepreneurship and innovation among the youth of Bihar, the Bihar Startup Yatra Boot Camp filled the audience with curiosity and oriented them about the idea and possibilities in the start-up eco system in India. 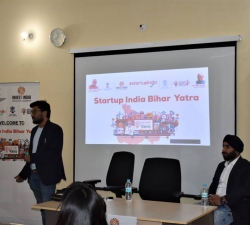 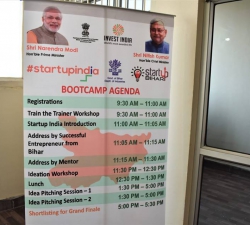 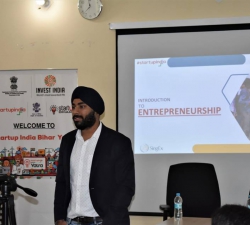 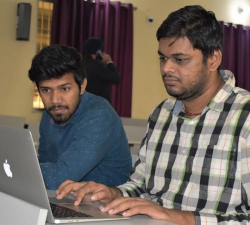